With hope in the Resurrection, the parish community of Our Lady Help of 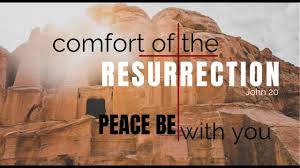 Christians extends its condolences to the family and friends of all parishioners who have passed away.

Louis J. Hershman Sr. 84, of Allentown, passed away on Sunday September 27, 2020. Lou was the husband of the late Anita L. (Emery) Hershman who passed in 2005. Born in Ormrod, Lou was a son of the late Lewis and Mary (Hunara) Hershman. He proudly served his country in the US Army where he was stationed at Fort Totten, NYC, serving in the intelligence section of a Nike Missile Unit providing missile defense to NYC and surrounding areas.  In 1972 he joined the PA Department of Revenue as a Special Agent for northeast PA. He worked there until 1976, then became Allentown’s City Controller. His main career was the City Controller in Allentown for 24 years; where he was dubbed the “City Watchdog”, and the man who audited too many to count, and wrote endless memos. He left the controller’s office to serve on City Council from 2000-2008. After leaving office Lou continued going to meetings and taking his allowed 3 minutes every week until Covid kept him home. He has a private income tax and investment business with his family, Hershman & Associates. Lou served on the Democratic State Committee and PA Controllers’ Association. He enjoyed visiting his two military sons wherever they lived and never missed a big moment, even if it was a trip to Germany for just 3 days, “then “gotta go”. He also never missed a game for his two local grandsons who were always safe in his mind, and he would even tell the ump! He was a lifetime member of Our Lady Help of Christians Catholic Church in Allentown. “Ok, fit it up for me!”

Surviving are his sons; Louis J. Jr. (Jessica) of Bethlehem, Ret. Col. Michael E. (Sandi) of Ft. Wayne, IN, and Ret. Col Shane (Gwen) of Okawville, IL. His sister Jeanette wife of Roger Spadt of Walnutport. Lou’s grandchildren are; Sierra wife of Tyler Isringhaus, Joshua, Grant, Camryn, and Cole. He was preceded in death by his brother Donald L. A Mass of Christian Burial will be celebrated on Friday October 2, 2020 at 10:00 am in Our Lady Help of Christians. Calling will be on Thursday evening from 7-9 pm and on Friday from 8:30-9:40 am in the O’Donnell Funeral Home, Allentown. In lieu of flowers contributions may be made in Lou’s memory to his Church, 444 N. Jasper St. Allentown, Pa. 18109.

Anthony J. D’Annibale, 53, of Allentown, passed away on Wednesday May 20, 2020. Born on September 5, 1966 Tony was a son of John J. and Marcella L. (Deily) D’Annibale of Allentown. Tony was a member of Our Lady Help of Christians Catholic Church in Allentown. Tony was an avid fisherman, and for years he enjoyed racing model cars and helicopters. Surviving with his parents is his brother John E. and wife Krista of Greer, SC. Tony’s niece is Kasey wife of Sean Grove of Greer, SC, and his great nephew Becham. Additionally there are many aunts, uncles, and cousins. Services and interment are private. A Celebration of Life will be announced at a later date. In lieu of flowers contributions may be made in Tony’s memory to his church, 444 N. Jasper St. Allentown, Pa. 18109.

Don’t think of him as gone away, his journey’s just begun; life holds so many facets this earth is only one. Just think of him as resting from the sorrows and the tears, In a place of warmth and comfort where there are no days and years. Think how he must be wishing that we could know today, how nothing but our sadness can really pass away. And think of him as living in the hearts of those he touched…for nothing loved is ever lost, and he was loved so much.

Anna T. (Lizak) Bucha, 91, of Allentown passed away peacefully on Sunday, May 3, 2020. She was born November 24, 1928 in Northampton and was the daughter of the late Albert and Katarina (Milander) Lizak. Anna was the spouse of the late Anthony J. Bucha, Sr.

Early on, Anna worked for Cross Country Clothes in Northampton. Later, she worked many years in Administration for Hess’s and Bon-Ton department stores before retiring in 1990.

Anna was a member of Our Lady Help of Christians Church for over 60 years. During this time, she worked at the church festival and immensely enjoyed the choir where she sang soprano for over 30 years. She was also a member of the Diocesan Council of Senior Citizens.

Survivors: her children Anthony, husband of Jenny of Center Valley, David, husband of Diane of Macungie, Michael (deceased), husband of Kathy of Emmaus, and Mary, wife of Edward Crompton of Exton, 13 grandchildren and two great-grandchildren, sister Monica, wife of Frank Paukovits, and many nieces and nephews. She was predeceased by her husband Anthony J. of 16 years and son Michael; sisters Catherine Neupauer, Mary Makovsky, Bernadine Stangl, and brothers Steve and John.

Interment: will be held privately at the convenience of the family at Holy Savior Cemetery. A Requiem Mass will be held for family and friends at a later date.

Check us out. Updated daily with Mass.